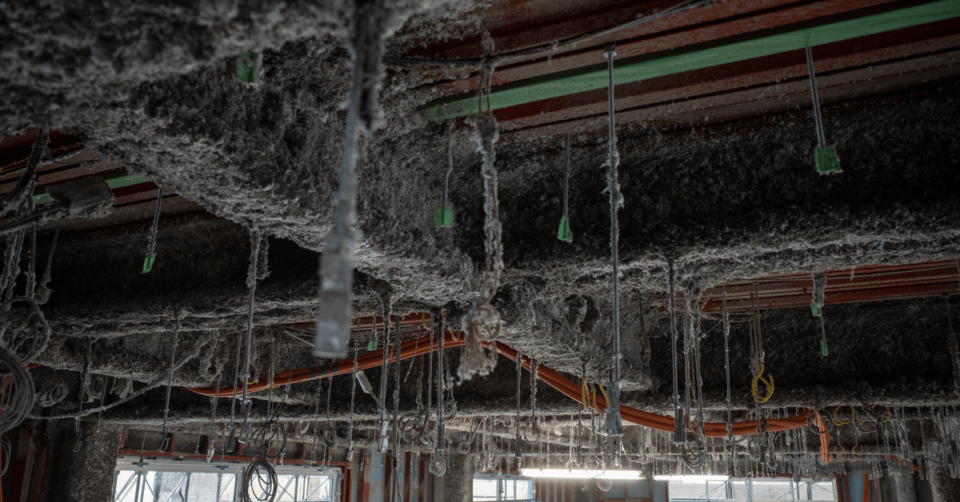 A strategy for industrial fireproofing is essential in order to obtain affordable insurance. Although it is not mandatory for most businesses, it can be difficult to find straight advice about the best industrial fireproofing strategy. Many online resources tend to give advice that is curiously tailored to the product lines they are selling.

When discussing fire protection in a facility, there are two terms that often come up: “Active” and “Passive” fireproofing. All measures that are active fireproofing (AFP), require some form of action. This can be either initiated by the environment or an individual to make them effective. AFP can be described as the activation of a sprinkler system, or a staff member using a fire extinguisher in an attempt to put out a small flame. The bravery of the local fire department is probably the best example of AFP.

Passive fire protection (PFP) refers to the design of building elements and safety measures that are intended to prevent a fire from spreading. PFP can be used to reduce the potential dangers of failing AFP measures like broken sprinklers and an extinguisher not being inspected or changed in a timely fashion. PFP measures include room compartmentalization to stop a fire from spreading, fire doors to reduce smoke spread, and, most importantly, a fire-resistant coating to help protect structural steel and minimize damage to critical infrastructure.

PFP is not a replacement for any other strategy. However, it can be used to protect against unanticipated AFP measures and buy time for them into effect. This could help reduce the impact of a fire at a facility. Let’s now look at the differences between cementitious and intumescent PFP coatings and what factors should be considered when deciding their use.

Cementitious coatings are still relatively affordable materials for fireproofing facilities. Although labor can increase the cost of these jobs as they must be applied in multiple layers, they can still be used for dry environments that are not subject to high vibrations or impact.

They should not be used in areas with high humidity levels. Cementitious coatings create a gap between the substrate layer and the coating. This is the ideal place for moisture to settle, and for corrosion under fireproofing to take effect.

However, intumescent coatings work on a different principle. Intumescent coatings don’t form a thick barrier between the fire and steel, like cementitious coatings. Instead, they “intumesce”, which means that they char and expand when exposed to extreme heat. As a way to form the same type of barrier as cementitious coatings, the coating actually grows. Intumescents reduce the temperature of steel by increasing their volume and decreasing their density. This prolongs the time it takes for the reaction to stop a major failure or collapse.

Intumescents are much easier to apply than cementitious coats. They can be applied the same as a traditional coating, but there is less chance for moisture to settle between the substrate and the coating. To increase the steel’s resistance to extreme temperatures, you can apply successive layers of intumescents. The number of layers and the degree of PFP are determined during the specification phase. This is often directly related to the consequences of a fire-related failure.

Under certain circumstances, cementitious coatings can still be used to fireproof facilities. They are relatively affordable and can be an effective solution if conditions permit. Intumescent fireproofing, on the other hand, is more sophisticated from a technical perspective. It behaves like a traditional coating and provides additional fire protection when needed, however, the cost is a lot higher, and usually used in special circumstances.

To learn more about industrial fireproofing, please visit my website or listen to my podcast.

The trust that is created with brand identity

Everything you need to know about a Contingent House Listing

Kenneth Watterworth is the owner of Pro-Tect Inc. A fireproofing contractor in Waterbury, Connecticut.

The trust that is created with brand identity

What is the Importance of Marketing in Business?