In her opening monolog, North Carolina cake chef Della insists on the value of instructions.  Unserious bakers read that they should stir the liquid ingredients until well-blended, then carefully fold in the solids.  But they decide to skip all that foolishness and just blend everything at once, then dump it into the pan.

Clearly, that won’t do.  Not for making a cake — and not for bringing together the separate realities of our divided nation.  The urban coasts and the rural midlands have drifted disastrously far apart, and people of good will are frantically looking for a recipe.

Enter playwright Bekah Brunstetter.  Her The Cake stands on that divide, and her characters strain to reach across it — one even stands on both sides, trying to reach for herself.  That’s Jen, who grew up in Winston-Salem and is coming home from New York to have her wedding.  Her intended is Macy, who’s a woman, and black.

These two surprises knock Bella, Jen’s surrogate mom, for a loop; in a decision “torn from the headlines,” she declines to make their wedding cake.  Macy’s furious, Jen tries not to be; Bella begins to question herself, while husband Tim firmly backs her refusal.

But that’s all on the surface.  Brunstetter looks deeper than the headlines, and finds the quake sending shock waves in both directions, opening hidden fault lines not only between but also within all four characters.

This is serious stuff — yet it’s a comedy.  It’s cleverly written that way, with some deftly handled devices (God as a food-show host?). And as Bella, light comedy maitresse Debra Jo Rupp (That 70s Show, Seinfeld) keeps us hoping neither she nor any of the relationships will bleed to death.  Her adroitly physicalized feelings, her resilience, and her ability to glimpse herself are the show’s mainspring.

Jen has a harder time hoping, or seeing comedy; but Shannon Lucio subtly lets us know she’s caught in tragedy, and isn’t at all used to it. Joe Hart allows Tim’s veneer of calm certitude to fissure and crack before it falls off.  And Carolyn Ratteray’s luminous Macy wins us at once, keeping us firmly engaged with her experience throughout.

The Cake is a timely tale; and being timely, it’s difficult to do well.
(It’s hard to hear durable truths through all the momentary noise.) But Brunstetter’s work doesn’t collapse; and it’s no mere confection. It seriously addresses some of our most painful concerns, while allowing us to laugh — and to hope.

That’s what comedy’s about, after all: affirming the hope that somehow we’ll get through this.  Staring at the angry abyss that has opened in our land, we need it.  Thanks to Brunstetter and the folks at Echo Theater Company for taking the time to get it right.
_______________
The Cake, by Bekah Brunstetter, directed by Jennifer Chambers.
Presented by The Echo Theater Company, at the Atwater Village Theatre, 3269 Casitas Ave., LA 90039.

Delete your personal data from POF

LET “MY JANIS” BE YOURS … AND YOUR LIFE WILL BREAK 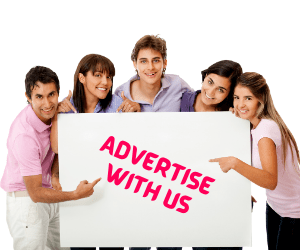